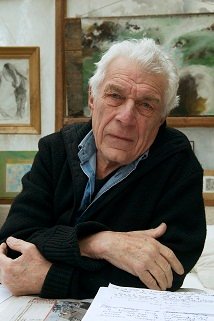 In 2009, John Berger donated sixty years’ worth of his papers, accumulated in his stables in the French Alps, to the British Library. Art and Property Now brings together unseen highlights from that archive with artworks connected to his life as a storyteller, artist and critic, from his 1940s drawings to the 2009 collaboration with Artangel and Alan Kane, Life Class: Today’s Nude.

Presented by King’s Cultural Institute and the British Library, and in close communication with many of Berger’s key collaborators, the exhibition borrows its title from one of the essays that fed into Ways of Seeing (1972), the collaborative series of films and later book which changed the way we understand art and its private and public ownership. The series also drew on G., the novel for which Berger won the Booker Prize and shared half of the proceeds with the Black Panthers. This year is the 40th anniversary of both works.

For further information and other events around the exhibition, please click here.

Please be aware that this exhibition is running from 6 September to 10 November.