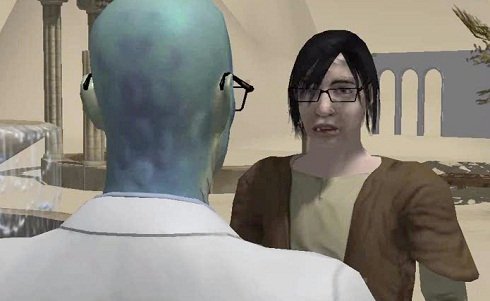 This event will feature presentations by participants in two projects from the DARE (Digital Arts Research Education) Collaborative at the Institute of Education (IOE), working with partners in the British Film Institute (BFI) and at London’s Globe Theatre.

The first project was jointly organised by the BFI and the Cinematheque Francaise in Paris and explored the intervention of the “real” in fiction.   This project also produced two “machinima” films made by year 7 students in Cambridge. These are 3D animations made using the software Moviestorm, and are fantasy sci fi and horror stories.

In the second project a partnership was formed between Shakespeare’s Globe and Immersive Education, who produced the game-authoring software, Missionmaker.  Students created games which drew on a key scene from Macbeth, involving them in a rich digital and cultural experience.

Students from the schools will present the work, alongside their teachers, and they will be happy to discuss the work with the audience.

From London, students from the London Nautical School will attend with their teacher Chris Waugh and researcher/evaluator, Michelle Cannon.

From Cambridge there will be students from Parkside Federation with their teacher, James Durran. The event will be hosted by Mark Reid from BFI Education, and, from the IOE, Andrew Burn and John Potter.