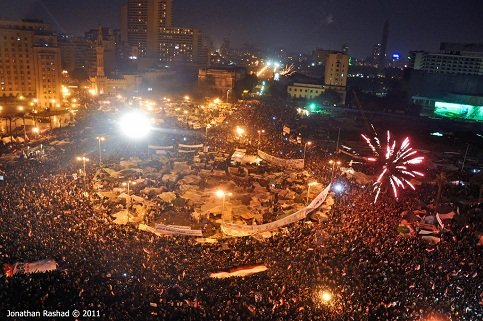 Transformations in the Middle East: The Arab Spring and Beyond

Change is afoot in the Middle East. The colour and energy of Tahrir Square has come to symbolize the momentous social, political and economic forces conspiring to usher in a new era. A raised, clenched fist has been one of the most important symbolic representations of the rallying cries of activists calling for political representation and economic self-determination. Twitter has carried messages of revolution and hope. The extent and nature of changes in the region are as yet unclear. While Egypt, Tunisia, Libya and Syria are the most visible loci of revolution, many forms of activism throughout the region preceded the so-called 2011 Arab Spring. This session looks at the visual representation and discourse of contemporary political activism in the Middle East. It will feature a colourful presentation of resistance art and an interactive lecture from Egyptian artist and activist, Karem Ibrahim.

Karem Ibrahim, Egyptian artist, was born in Cairo 1969. He studied at Cairo Art Academy, UEL and the Slade School of Art (UCL) in London and has participated in national and international art shows and events. Affiliated with Critical Practice, a multi-disciplinary group, and member of the politically engaged Implicated Theatre group, he works in a variety of media.

For more information please visit the King’s College London website.
Please be aware that this event has now sold out.