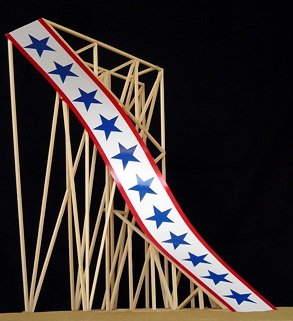 Triumph of the Will

Camberwell Space is proud to present Triumph of the Will, curated by Fieldgate Gallery with Tom Dale, Kris Emmerson and Kathleen Herbert.

Olympia, Leni Riefenstahl’s film of the 1936 Olympic Games in Berlin, is a masterpiece of cinematography that erotises the body beautiful and aestheticises perfection in a visual language still employed by the advertising industry today. It uses spectacle as a triumph of the ideal over labour. Yet the Olympics, by definition, were as much about failure as they were about success, where display conceals obsession, and where the repetition and pain required is sublimated into mesmeric entertainment. It is through the sheer Sisyphean pointlessness of this drama that such fallibilities become the subject of this exhibition. With comedy, pathos, and absurdity, something of the human is reinstated within the spectacle by these art works. In this respect, titling the exhibition after Riefenstahl’s more notorious film is not completely ironic, but rather, opens up a point of departure for small acts of resistance.

Kris Emmerson work is inspired by modes of simulation within the digital realm. Our perception and understanding of the world around us is being constantly re-presented and re-defined by computer generated imagery within the TV and Motion picture industries. By releasing these ‘fantasies’ from the limitations of a narrative driven context they can exist as autonomous entities, offering a momentary sense of wonder; a time and place outside of the now. ‘Dyathinkeesaurus’, 2010, is a projection modelled from a crude 3D scan of a child’s toy – the dinosaur that marches on relentlessly. Its body is cracked and torn, the fragile crust of its hollow form at odds with the weight of its step. It takes its title from the old joke “What do you call a dinosaur with one eye?”

Kathleen Herbert’s ‘Limelight’, 2010, was originally commissioned by the Royal Opera House, and seeks to deconstruct the physical space of the theatre and the spectacle of illusion. Set within an empty and darkened opera house and accompanied by the sound of her feet moving across the floor the camera intimately watches a ballerina; her body moves in and out of the frame as she prepares for a performance. Holding a spotlight as she performs a scene from Swan Lake, the camera follows the light as it dissects the space revealing architectural details of a working opera house and mirrors the views of the performer. Kathleen Herbert appears courtesy of Danielle Arnaud Gallery.

Tom Dale presents a sculptural series of stunt ramps gone horribly wrong: ‘The Cow Palace’, 2008, ‘The Astrodome’, 2008 and ‘Pacific Colosseum’, 2008. The distorted ramps are at once loaded cultural signifiers and restrained objects of formal contemplation. For Dale the ramps project a leap of faith, but where this blind optimism is headed is unknown. Some are turned on end, driven into the ground or twisted like ribbon, leading to the most devastating of trajectories: they take the daredevil’s bravado to its absurdly logical conclusion. The suspension of belief demanded by this directionless excess marks a point of fascination for the artist, as do the analogous political ideologies in the name of which such stunts are regularly performed. Evel Knievel has formed a recent focus in Dale’s work: the iconic American stuntman was both a philandering ex-criminal with an instinct for self aggrandisement and a national hero, the living embodiment of patriotism’s paradoxical blend of recklessness and order. Tom Dale appears courtesy of Poppy Sebire Gallery.

There will be an accompanying text, The Beauty Of Failure, written by Paul O’Kane.

Please be aware that this exhibition runs from 10 October to 10 November 2012.